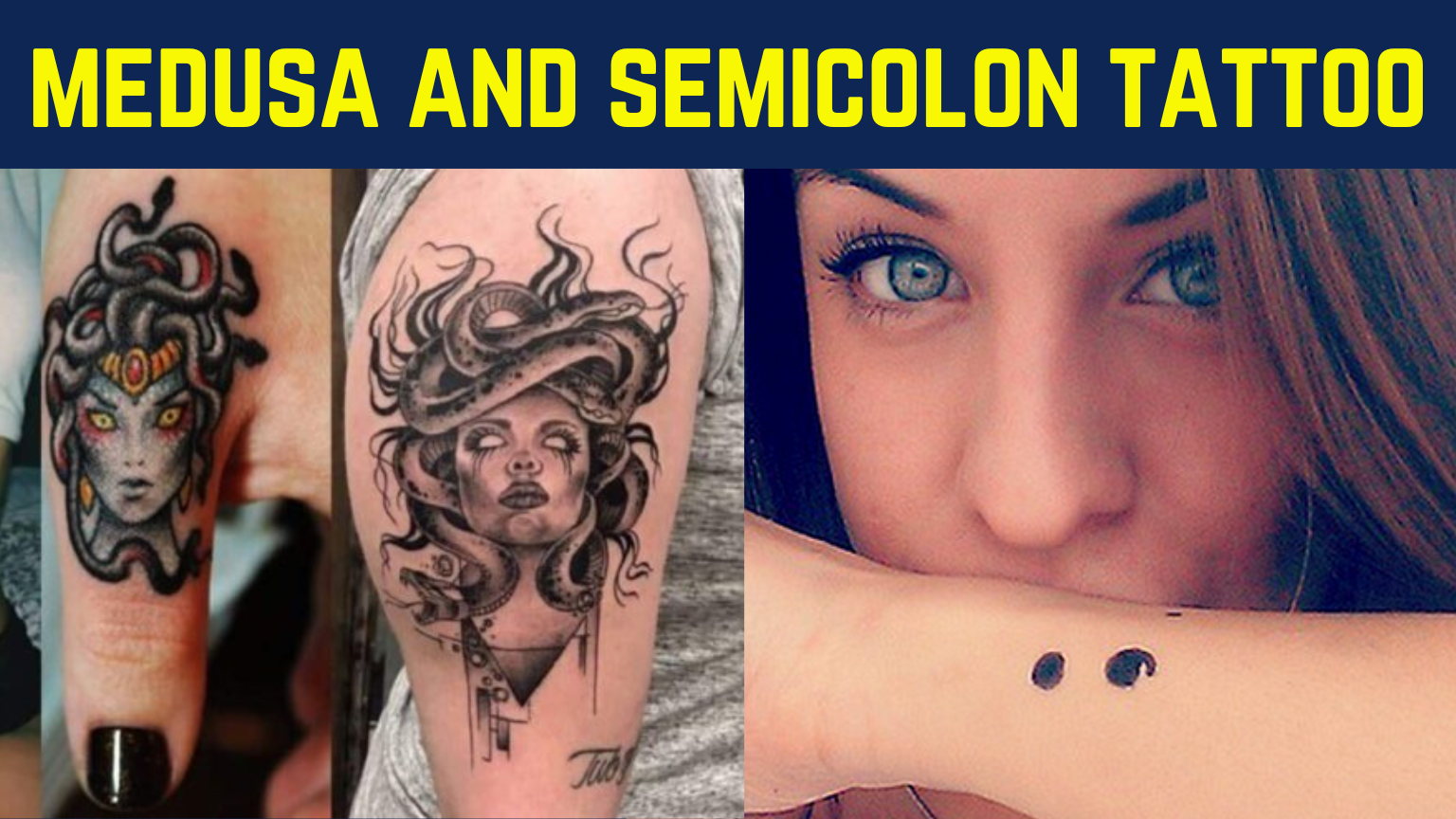 The tattoo you inked can be as important or insignificant as you want it to be. Getting carved into a meaningful piece of ink is a good way to honour something or someone that means a lot to you and holds great importance in your life. Additionally, a tattoo design with great meaning adds another point to the personalization of your tattoo, making it a really unique and different design from others in spite of its popularity. A tattoo is something that you want to be with you forever (or until you want to remove it), thus getting a meaningful tattoo means that whenever you look at that tattoo, you will enjoy being reminded of what it represents, rather than being irritated.

What are Medusa Tattoos?

Medusa is considered a controversial and significant figure from Greek mythology, but here is a story behind it. Medusa was known as a sign of horrid evil, but her real story is far different. According to the main variation of her tale in Greek, Medusa was a beautiful and young woman once. And it was her beauty that brought the attention of sea god Poseidon to her. It is said that he raped Medusa in Athena’s sacred temple. Medusa asked for help from Athena, but Athena in response turned Medusa into the identity that we now consider her. She becomes a woman with her snake curls instead of long hair and deathly stare.

In the present day, most of us will identify Medusa as a figure who has the head of snakes instead of long hair and she has the power to convert anyone into stone who looks into her eyes. Many of us are also familiar with the most famous tale from Greek mythology about Medusa, which is being beheaded by Perseus. Perseus severed her head from their body by using a bronze shield to protect his eyes and protect himself from turning into stone. Later, Perseus used Medusa’s head as a shield to defeat his enemies and win in battle.

A Medusa tattoo can have several purposes or meanings on someone’s body. It can be a means of protection from evil eyes or a sign of the victims. Some theories likely illustrate Medusa as a sign of female weakness and also represent the wrong that happened against her with the excuse of wickedness and power. Whereas, some others see her as a symbol of protection and the ability of one to destroy her enemies with her ability to petrify her enemies and thus demolish those who dare to do wrong with her. A medusa tattoo design is generally composed of her head of snakes, and her deadly stare. She is the symbolism of both powers and a tragic figure, who is sometimes a beauty, sometimes a monster. Medusa’s look is both appealing and terrifying at the same time.

Medusa is a familiar and recognizable figure from ancient Greek art and mythology. Different interpretations are drawn from various stories in the past. Few of the stories interpret her face as fierce, weird, and grotesque, while in others it can be visualized as feminine and composed one. The most common meaning of Medusa’s figure suggests that she is an apotropaic symbol. She is used to safeguarding from and ward off the negativity, and act much like the modern evil eye. She symbolizes a dangerous threat that is meant to counteract other dangerous threats, an image of evil to destroy evil. This tattoo has several interpretations.

Nowadays many modern powerful women have proudly inked the Medusa Tattoo, a head full of snakes as a symbol and to depict power, sexuality, and their emerging role in decision making, society and politics, and more.
Some of the most famous female faces associated with the tattoo of Medusa are Rihanna, Oprah Winfrey, and Condoleezza Rice.

What are Semicolon Tattoos?

A semicolon tattoo doesn’t actually stand for the punctuation symbol as in grammar, which is used to connect independent clauses in a sentence or any related ideas. Have you ever heard the name of any organization named The Project Semicolon? This is a nonprofit organization that is fully dedicated and surrounding the idea of raising and spreading awareness in society on topics such as mental illness, addiction, depression, self-harm, and suicide.
The Project Semicolon was established and started in 2013 by Amy Bleuel. In 2003 Bleuel’s father died by suicide. Following this, she struggles with mental illness. From her experience, she founded this organization in remembrance of her father and wants to share her story. She wanted to create a space where she can become an inspiration and lend support to those people who are going through depression, anxiety, suicidal thoughts, self-harm, and other mental illness or those whose close ones are going through the same problems.
The Semicolon Project is basically a social media movement, which extended encouragement to the people to get a semicolon tattoo. To show off solidarity, someone’s fight with depression, mental health, and suicidal thoughts, a semicolon tattoo is used as a form to represent this feeling. The semicolon tattoo symbolizes that one is not alone in their journey of struggle and that there is hope and support out there in society. 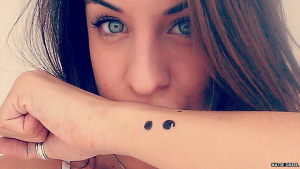 People don’t get a semicolon tattoo just because of its meaning, sometimes the reason could be just associating with the cause of the tattoo. The purpose can be to honour someone; it could be a friend, a relative, or even yourself. Another reason can be to raise awareness among people of mental illness, suicidal thoughts, depression, addiction, or self-harm. A semicolon tattoo’s meaning can be more than just a visual illustration. This tattoo can be a conversation starter. You can be serious and cool at the same time on this topic.
Suicide is a taboo topic and most of people refrain from talking about it openly. People are ashamed of talking about this issue. This semicolon tattoo raises the idea that suicide is never the last option in life and there is always a way aside from every problem in life. If you are experiencing the situation and feel like you have no option left, then this semicolon tattoo acts just like a ray of hope that shows happiness just on the other side. The semicolon tattoo can be customized and this adds to the meaning of tattoos. Few such meanings are given below,

The message through the semicolon tattoo is hopeful to a countless number of people who are victims of depression, mental illness, and self-harm. Few big names such as Selena Gomez, Alisha Boe, Tommy Dorfman, and Brandon Flynn are among the thousands of people who wear Semicolon tattoos all over the world to support the cause.

What does Medusa tattoo represent?

Medusa tattoos are the symbol of female power. it is also considered a feminist symbol. She is also linked to the ideas of freedom and transformation, or evil and jealousy.

What is the meaning of Semicolon tattoo?

Semicolon tattoo is a punctuation mark (;) which is a symbol of affirmation against depression, suicide and other mental health issues.